Pastor Tom Cheung was killed after his minivan was involved in a fiery crash near the Peace Arch border crossing on May 2nd, 2019. (Source: GoFundMe)
Summary

The real fundraiser is still active, and the fake one has been taken down

PORT MOODY (NEWS 1130) — Friends and family of a local pastor killed in a fiery wreck at the Peace Arch Border crossing last week, are now reeling from scammers trying to exploit the situation.

A fake fundraiser was apparently put up on GoFundMe Wednesday, targeting people that were trying to give money to his family. The real fundraiser is still active with over $50,000 in donations.

Tom Cheung, who was a pastor at a Port moody church, was killed in the crash, and leaves behind a wife and three children.

His friend and fellow Pastor Peter Teh, says the fundraiser was put up to help the family deal with things like funeral expenses. 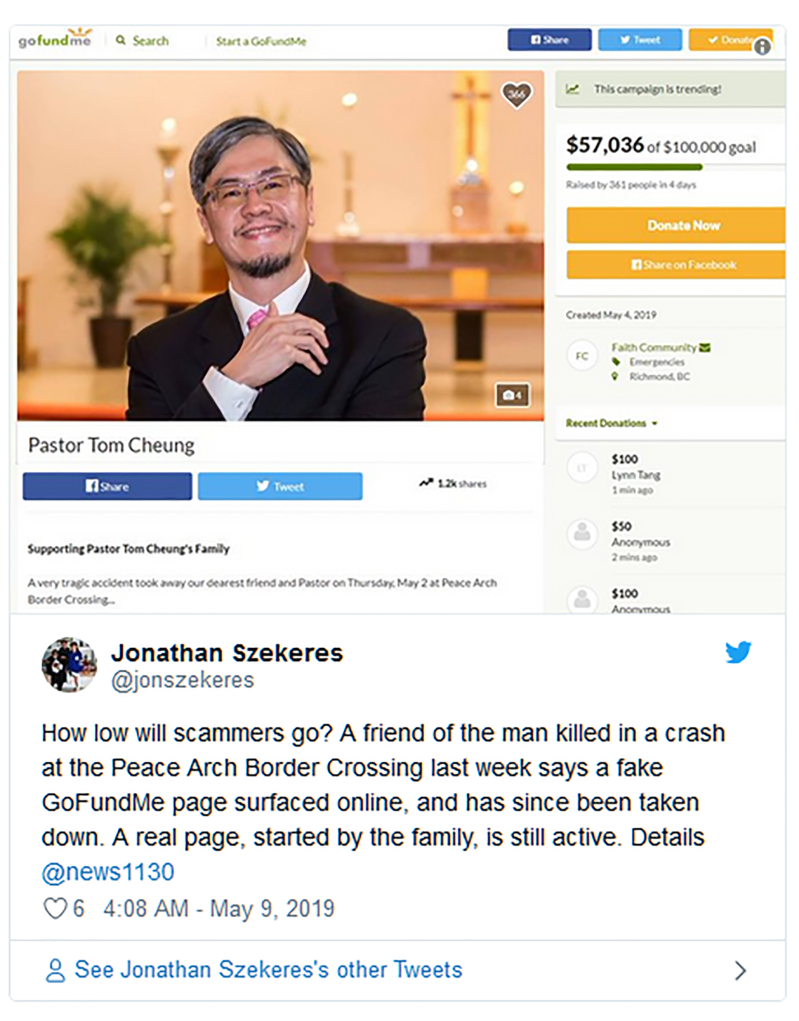 But just hours after the fundraiser went up, so did the scam.

“Yeah, we are very unhappy about this,” he says. “Someone actually taking advantage.” He says he couldn’t believe someone would stoop so low, saying the family was confused and shocked.

“They are going through some tough times because Pastor Tom has been taking care of the finances of the family,” he says.

“So the wife is now looking and seeing how many savings they have and how much they need, and the funeral itself can be costly.”

Teh says the family is grateful for the support they’ve been receiving from the church community.

This site uses Akismet to reduce spam. Learn how your comment data is processed.